The hills of Conegliano Valdobbiadene are a real cultural landscape where the work of the winemakers has helped to create a unique setting. We supported the candidacy for UNESCO World Heritage Site of the Prosecco Consortium developing a new website. Deep attention has been paid to the study of a color palette that embraces the characteristic shades that distinguish the landscape of the Hills.
The candidacy process began in 2008 and ended in July 2019 with the registration of the site on the World Heritage List during the 43rd UNESCO assembly in Baku 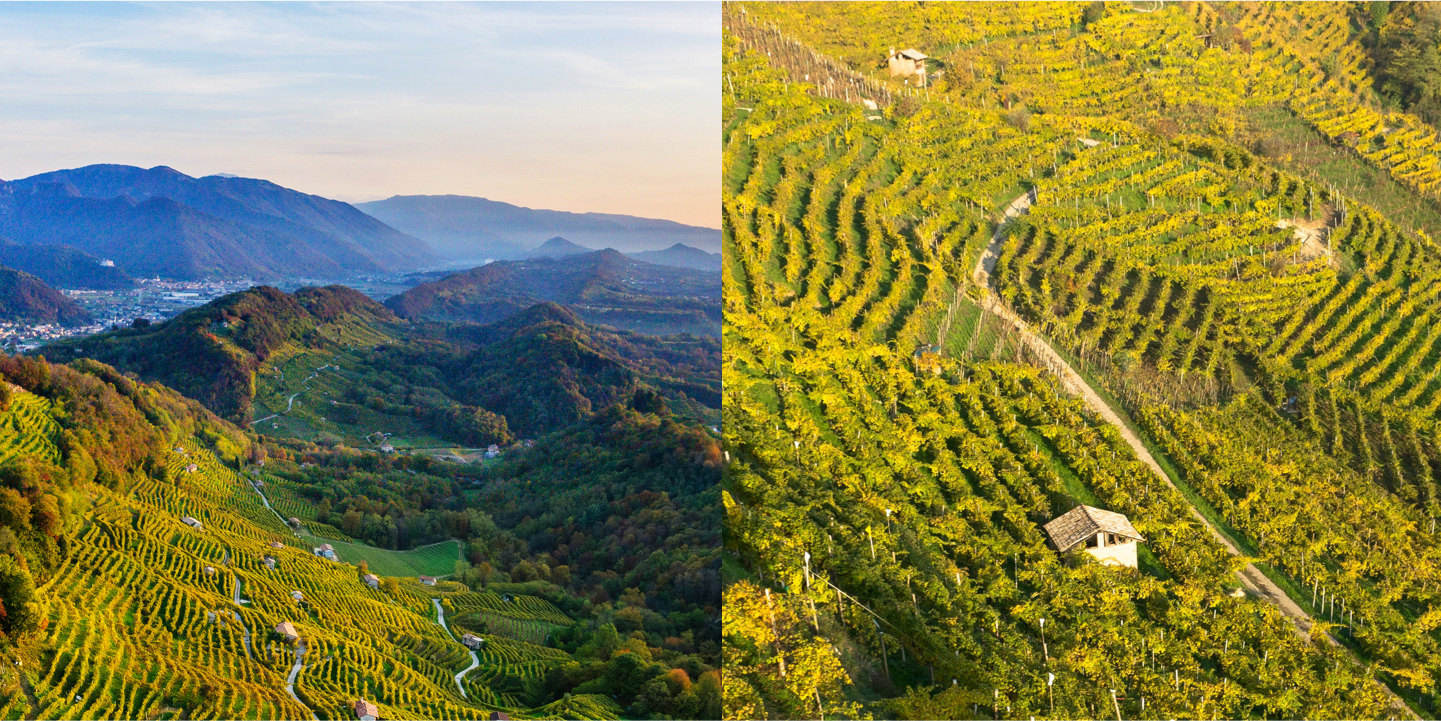 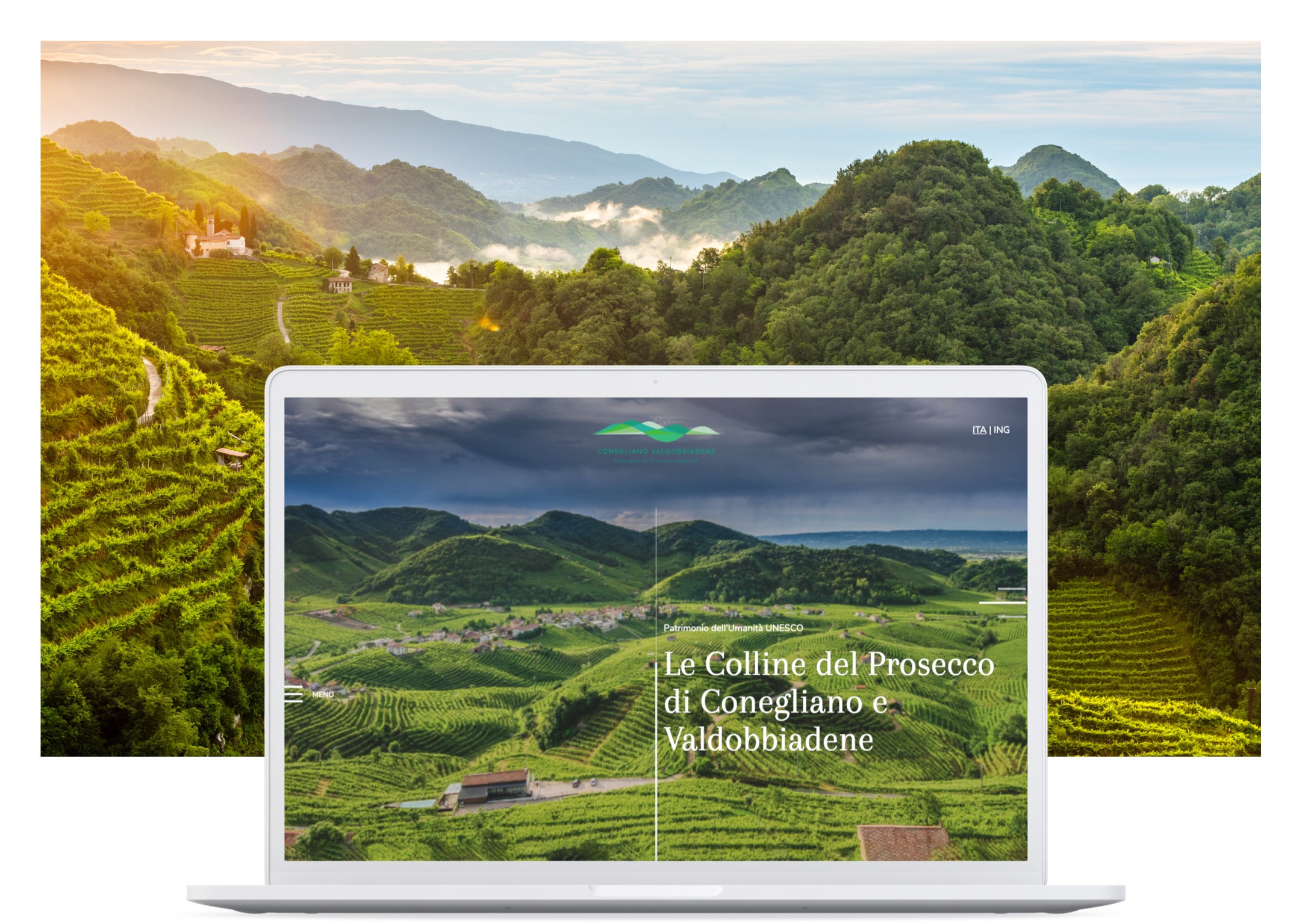 A name that evokes bubbles exported all over the world, a wine so part of our culture that we feel like we really know it, but how much do we really understand about the territory of origin and the production methods?
The virtual Tasting project was born with the idea of ​​discovering the history of each glass, of each flavor, right from the voices of the people they have been harvesting and studying this wine for generations.